First of all, thank you for taking the time to answer some questions, Tricia. I am delighted to have interviewed Surrey’s finest darts player Tricia Wright. I have been looking forward to hearing what life as a darts player has been like for you.

Q- how did you get into the sport of darts and what age were you?

Tricia- I was in my early twenties and my next door neighbour whom I went to school and grew up with was playing in a men’s darts league which I went to watch occasionally. The pub that he played for were thinking of getting a ladies side and asked if I would like to join.

Q- What has been the best moment in your darting career so far?

Tricia- I had always said my dream was to play at the lakeside before I was 60 which obviously I did achieve.

Q- You had a brilliant run at Winmau World Masters in 2017, got all the way to the semi finals. How did it feel to knock out players like Aileen De Graaf and ten times champion Trina Gulliver

Tricia- Obviously it was a great achievement. So hard to play against your friends but that has to go out of the window and you have to concentrate on the job. Obviously I was over the moon as that is a hard competition.

Tricia- It is always great to do a big finish, that’s where practicing on the bull pays off

Q- Do you have a favourite tournament on the circuit at all?

Tricia- I do like the ones held at Selsey especially the June one as I love playing in the pentathlon, been quite lucky at the Scottish, German open Winning on more than one occasion. I did win the last Las Vegas open in 2006 which I will always remember, I beat Deta Hedman in the semi final and Marilyn Popp in the final.

Q- Back in 2010 you and Stacey Bromberg were given the opportunity to compete in the Grand Slam Of Darts with the big guns from the PDC and BDO. What was that like for you?.

Tricia- That was a great experience. All I wanted to do was win a leg and enjoy the experience. I was so close to beating Darryl Fitton. Lol

Q- You and Stacey qualified for the 2010 grand slam by facing each other in the 2010 PDC Women’s World Championship final. Stacey came out winner 5 legs to 4. What was the tournament like for you. Did you enjoy it?

Tricia- The tournament was brilliant, and a little nerve racking. I am still to this day kicking myself for missing double ten to win. It was a good tournament and run very well. Just wish they did it again the following year.

Q- At the World Championships the venue (Lakeside) is always great. How did the experience all go for you?

Tricia- It was great experience. Obviously I had played up on that stage before with county, England and gold cup so that was not too bad. The atmosphere is brilliant

Q- What has been your best year on the circuit?

Tricia- To be honest I couldn’t really say. Been so many tournaments each year and obviously won different ones so I would say they have all new good years. Different years, different experiences.

Q- what darts and flights have you used in the past and currently use?

Tricia- I started with 25g and now play with 28g which Unicorn made for me when I was with them. Always played with standard flights and Harrow medium stems. Obviously have tried out other stems, flights and darts but always go back to my originals.

Q- You have lived in Surrey for a long time now. Do you enjoy playing darts there.

Tricia- I have always enjoyed playing darts for whomever I have played for, but every now and then I feel I have done enough and need to move on.

Q- Has darts always been popular in Surrey?

Tricia- Yes it has, they have had several venues and many talented players.

Q- You took a break from the BDO circuit a few years ago due to shoulder trouble. In September we heard that the BDO has came to an end. The WDF are having plans to take on some tournaments but what are your plans for the whole of darts now.

Tricia- To be honest at all at the moment. Might just see how it all goes (if and when) and then decide

Thank you Tricia it has been fantastic getting to know your darts life.

The 1978 BDO Embassy World Darts Championship was the first ever darts championship and it would be the first of many more. It was organised by the British Darts Organisation which was first founded on 7th January 1973. The tournament was sponsored by Embassy who were a tobacco company. The championship was held at the Heart of the Midlands Club in Nottingham. The world darts championship was held only once at this venue as the BDO decided to change the venue the following year. The tournament started on 6th February and finished on 10th February and was televised by the BBC who went on to televise the BDO world championship for nearly 40 years. 24 players went into the 1978 world darts championship but only one player could come out as winner. The final saw Leighton Rees of Wales take on England’s John Lowe. Rees defeated Lowe by 11 legs to 7. John Lowe was awarded £1,700 as runner-up and Leighton Rees was awarded 3,000 and the fabulous trophy. Leighton Rees died in 2003 due to heart problems. He’s remembered as the first ever World Darts Champion.

I first got into darts by watching it on TV with my father when I was about 4 years old. Every-time I saw these men and ladies chucking arrows at a board on the TV it gave me great inspiration to pick a set of darts up myself.

My parents gave me a magnetic dart board which I hooked on the curtain hook so I could still watch the tv and play. All about multitasking!!!! At the age of 7, a friend gave me and my Dad a real dart board in a case and also a box of darts and flights. I was completely overjoyed!

When I first started playing on it I couldn’t reach the board so I used to stand on a chair. At the age of 10, I was able to stand on the floor and play. I was forever swapping barrels and stems but in November 2017, I finally found a set that I played well and felt comfortable with; so I am currently using 24g Unicorn. The original colour of them was black but as I’ve used them for over two years they are a little passed their best. At the moment, I do not want to change them because I feel comfortable using them and they work well for me.

However, I always change my flights after a few months. In May, I started to use England flights by datadart and I am still using them now. 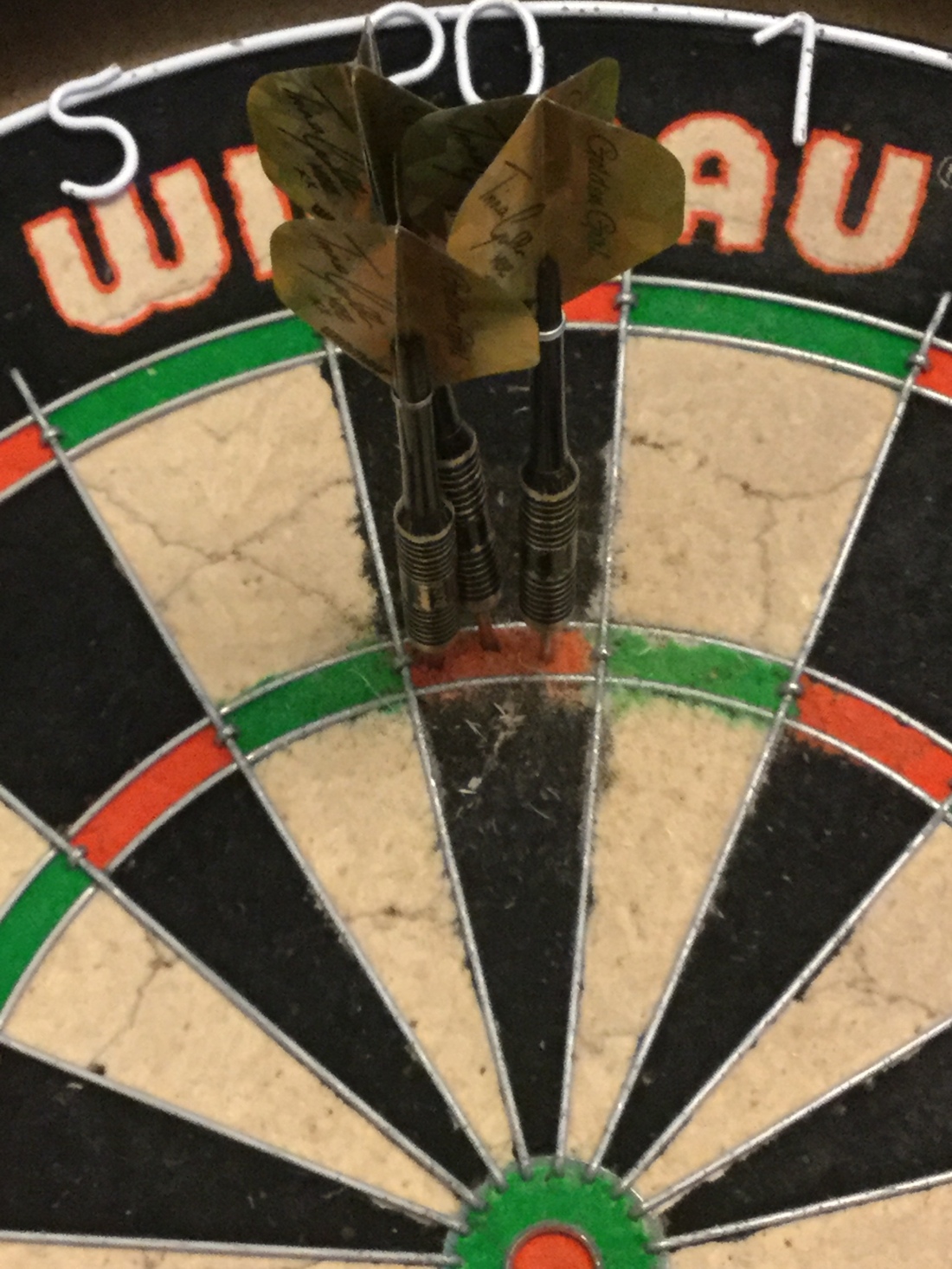 My name is Sam and I would like to take this opportunity to welcome you to my blog. The reason why I decided to create this blog is because for as long as I can remember I have always loved the darts and wanted to share my love for the sport with the world.

I would like to thank Darts player and blogger, Jo Clements. She supported me and gave me feedback and it helped a lot, so thank you, Jo.